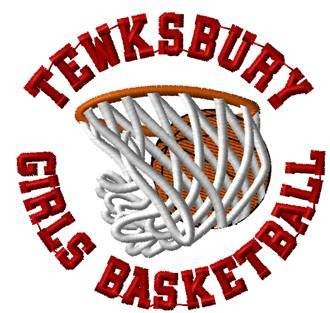 The Sonics had ALL 10 girls ready to play versus the Jazz this week.  We started our line up with Maddy Kearney, Christina Wentworth, Erica Hinkle, Juliana Ricci, and Bella Dematos.    The girls got things off quickly right from the tip off, as Maddy Kearney scored on a quick fast break play.    Maddy and Christina were great spreading the floor with passes for points to Erica Hinkle and themselves.  Juliana and Bella added strong zone defensive play and as well each had key rebounds to keep the offensive opportunities alive.     Defense was certainly strong for these five, as the Jazz did not score a point this quarter.  Our second five wanted to add to the offense and they did this right away.  Ava Piccolo had two strong layup shots down the middle for four points, and Victoria Lavargna also added two great baskets to stay even that quarter with the Jazz at 8.   Katrina MacDonald was great with ball handling and passing to her teammates for our scoring.    Our third quarter is where the squad really put the game in our hands with the scoring evenly distributed amongst the five players in this quarter.    They outscored the Jazz 13-7. This quarter Brooklynn DeGrechie shined offensively AND defensively with her amazing passing and as well hitting her key shots including an and one play!    Our last quarter we tried to keep possession and practiced swinging the ball amongst the players on the floor.    The Jazz did outscore us this quarter, but their efforts were not quite enough.  Scoring for the Sonics were Katrina MacDonald 4 points, Noelia Cura 2 points, Christina Wentworth 4 points, Erica Hinkle- 4 points, Maddy Kearney 6 points, Ava Piccolo 4 points, Victoria Lavargna 4 points, and Brooklynn DeGrechie with 5 points.

The Blazers second half was not up to par only scoring only 4 points, but they were able to hold on to defeat the Suns, 21 to 19. Leading the way in scoring for the Blazers were Sam Ryan and Rachel Picher with five (5) points each, Alyssa Gray followed up with four (4).  Sam Perkins, Maisan Nguyen, and Maddy Montejo all added two (2) points each.  Lily Gigante completed the scoring with one (1), Ashley Demers, Rebecca Langone and Brooke Bunyan all contributed on the defensive side.

The Suns were defeated by the Blazers on Saturday 21 to 19. They were down by 10 at the half, came roaring back to cut the lead to 2, but ran out of gas in the end playing with only 7. Sophia Brown did another great job on defense, creating 6 turnovers and 3 steals. Their scoring came from: Kiley Kennedy 5 and all scoring 3 each were Riley Veits, Maeve Cahill, Madison Stovesand, and Darya Mehrabani. Scoring 2 was Ally Ragusa

We had 10 Wolverines ready to play Saturday and we knew this game was going to be a challenge.  Emily Picher, Makayla Stovesand, Molly MacDonald, Ella MacAllister, and Jordan St Cyr were our starting five.  We saw great zone defense by all, especially Jordan, who was key with some strong rebounds and a steal that first quarter.  Offensively we stayed well matched with the Badgers keeping a slight 1-point lead after one quarter of play.  For quarter two we saw some great offense from Tia Smith, but the Badgers really came alive themselves this quarter.  Emma Lanziero was now out there covering our middle and doing her best to keep out any easy layups for the red squad.  Jordan again was there to help out on both ends of the floor along with Sofia Pescatore, Morgan Crowley and Alex Civitarese.  Despite the girl’s hard efforts, we were down 18 -13 going into the half.  After some team talks, we were ready to get things going in our favor. Emily Picher came alive this quarter adding five points to our deficit.   We also got a nice basket from Ella McAllister by the free throw line.  This five got the positive team vibe working as we finally got the lead after three quarters of play.  For the final four the offense exploded.  Emma Lanziero netted two key baskets as did Tia Smith.  Molly MacDonald also added a basket to really ensure the team stayed in front.  All and all, this game was won by our team not losing their drive or focus when they found themselves behind in the beginning.  Wolverines scoring baskets today were Makayla Stovesand with 3 points, Emily Picher 7 points, Emma Lanziero 4 points, Tia Smith 11 points, Molly MacDonald 4 points, and Ella McAllister 2 points.

The Badgers came out looking for their first win against this tough Wolverines team.  The lead went back and forth through the 1st quarter.  The Badgers came out with very strong defense for the 2nd quarter and taking the lead into half time.  The 2nd half of the game the Badgers put in a great effort, but the Wolverines could not be stopped growing the lead in the 3rd quarter and ultimately taking the win, giving the Badgers their 6th loss of the season.  The Badgers will look to get their revenge in a few weeks when they take on the Wolverines again on 2/23!  Badgers Box Score:  Brooke Khourie (5 pts.), Haleigh Doiron (4 pts.), Julia Moura (4 pts.), Charlotte Morris (2 pts.), Krissy MacDonald (2 pts.), Jamielynn Walker (2pts.), Grace Russo (2 pts.) and Adrianna Damiano (2 pts.)

Week 8 had the Eagles taking on the Jayhawks.  The Eagles came out strong defensively by playing a tight zone holding the Jayhawks to a single point in the first quarter as they took a 2-1 lead.2nd quarter saw the Jayhawks open on offense and take a 11-2 lead at the half.  In the third quarter the Eagles defense returned holding the Jayhawks scoreless and Dakota Malizia providing the scoring to cut the lead to 11-8.  In the fourth quarter the Eagles got within one 11-10 before the Jayhawks scored 5 points and take a 16-13 victory.  Dakota Malizia accounted for all the scoring for the Eagles with 13 points.  Aislin Davis, Whitney Gigante, Kimsan Nguyen, Chloe Burns, Alanna Paquin, Autumn Gallant and the returning Alivia Melo contributed with strong zone defense and rebounding to keep the scoring low.  Great team effort by the Eagles one again!